Warning: count(): Parameter must be an array or an object that implements Countable in /nfs/c12/h02/mnt/221284/domains/odysseygame.net/html/wp-includes/post-template.php on line 284

Any character on a journey is changed by that journey. The person who embarks is not always the same person who arrives at the destination…

Characters in Odyssey are described in simple language (like honest smuggler) that changes over time. When it’s time for your character to change a trait, will they stop being honest or stop smuggling? What new trait will you give them?

A single character finds complexity in their combination of simple traits. What does it mean to be a reckless treasure-hunter, a bookish professor, and a skeptical expert-in-the-occult all in one character?

What characters will you create?

Odyssey is a tabletop storytelling game of characters on dramatic journeys. Play bold pilots, nefarious treasure-hunters, and curious mystics — and see how their adventures change who they are. Explore a lost continent or race across a galaxy of dangers! Cross a perilous desert or make your getaway from a daring diamond heist! 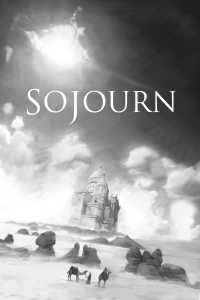 Each journey teaches you to remix the game rules for a new adventure. All you need to play is the rulebook, a few regular dice, some paper, and pencils.

Available Now!
$5
Get It Now

Produced with the generous support and backing of bold and kindly adventurers.

Many and mighty thanks to you all.